In January 2020 EUROGEO, as coordinator of the D3 (Developing Digital Data literacy) project applied for membership of the Open Data Charter Community. Find out more about this. EUROGEO duly became a member of the Community in April 2020 and has since regularly participated in meetings of open data experts and government officials. 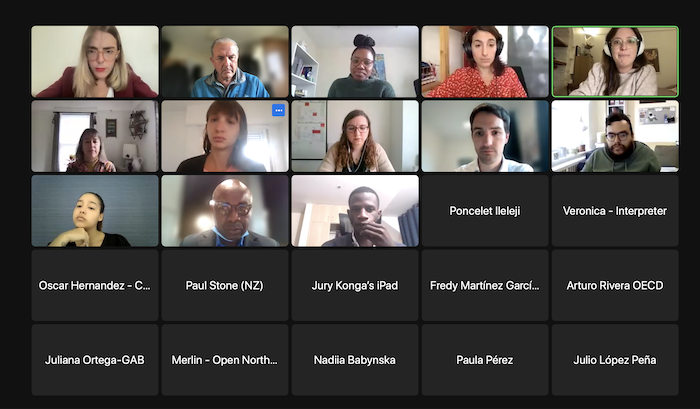 In April 2022 members of the open data charter working groups shared projects they were involved in. Karl Donert, project coordinator of D3 and Vice President of EUROGEO, presented the work undertaken by the D3 project to more than 100 members of the Open Data Charter Community from around the world. The session held was online and bilingual English-Spanish.

The International Open Data Charter is a set of principles and best practices for the release of governmental open data. The charter was formally adopted by seventeen governments of countries, states and cities at the Open Government Partnership Global Summit in Mexico in October 2015. The initial signatories included the governments of Chile, Guatemala, France, Italy, Mexico, Philippines, South Korea, the United Kingdom and Uruguay, as well as the cities of Buenos Aires, Minatitlán, Puebla, Veracruz, Montevideo, Reynosa, and the Mexican states of Morelos and Xalapa.

The six principles are:

Open by Default;
Timely and Comprehensive;
Accessible and Usable;
Comparable and Interoperable;
For Improved Governance & Citizen Engagement;
For Inclusive Development and Innovation.

Members are engaging in promoting open data access and the core principles of the Charter.

The Charter has so far been signed by 83 Governments and 72 other organisations. The mission of the Charter is to make data open and freely available, while protecting the rights of people and communities. Included in the Charter. Find out more

In 2018 the European Union has launched an Open Data Charter Measurement Guide. This gives an overview on existing measurement tools for each Open Data Charter principle so that countries and regions can be  compared in terms of their maturity and availability of open data.  The purpose is to to compare the different indicators that are used in the five largest Open Data measurement initiatives.

On 31 March 2022, Ministers and high-level representatives from the OECD’s 38 member countries and the European Union, as well as Bulgaria, Croatia, Peru and Romania, committed in a formal OECD Declaration to intensify their work on climate and the environment including doing more to curb biodiversity loss, address plastic pollution, align finance with environmental objectives and accelerate climate change action.

One of the main issues is in obtaining and using relevant and reliable indicators for monitoring progress on mitigating climate change impacts. To address this, the OECD has a new platform for tracking trends in c climate change.  It provides interactive information with data and trends across OECD countries. Play the short video to find out more.

Interact with the OECD data at http://oe.cd/env-glance 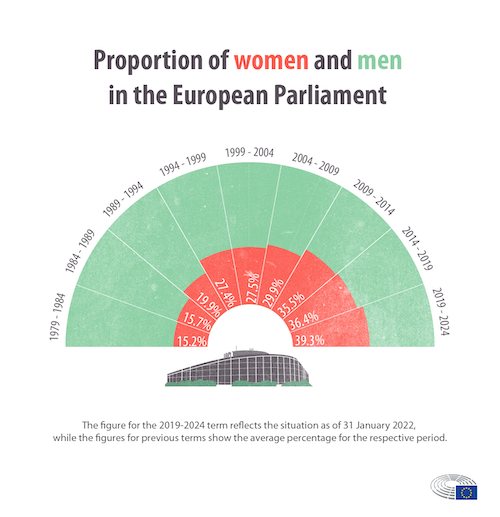 Gender equality is one of the fundamental principles of the European Union and during the recent decades it is generally acknowledged that significant progress has been made in this area. However, the gap between women and men still exists and is particularly evident both in the labour market and in the political and decision-making arena.

Furthermore, although attitudes towards equality are evolving, even today’s younger generation is not free from stereotypes and gender inequalities. This StoryMap, created within the context of the D3: Developing Digital Literacy Erasmus+ Project, aims to focus on the issue of gender equality in the political scene of Greece and also the EU and be used as supplementary educational material by teachers in secondary schools.

Visit the StoryMap below to find out more

The D3 project has created and published a searchable information database of potentially useful open data, tools and resources readily available for teachers to access and use.  These information and data sources were considered useful for lesson activities by teachers working with the project team.

Visit the database of useful resources

Open Data is based on the idea that some data should be freely available to everyone to use and republish as they wish, without restrictions from copyright, patents or other mechanisms of control.

One of the most important forms of open data is collected and published by government institutions. The importance of open government data is based on it being a fundamental part of citizens’ everyday lives, down to the most routine/mundane tasks that are seemingly far removed from government. This government data is usually the basis on which decisions are made by policy makers.

The resources gathered by the zD£ project partners have been classified by their country of origin, the type of data and their main target groups.

For instance, many of the sources originate from the partner countries (Belgium, Germany, Greece, Italy, Spain and the United Kingdom) and have been used with teachers there. Useful world resources are also available classified as International. They are considered to follow the principles of FAIR data, namely Finable Accessible Interoperable and Reusable.

The FAIR data principles imply the data is machine-actionable, that the data can be found, accessed, interoperated, and reused using  computational systems, with no or minimal human intervention.  This is because we increasingly rely on computer support to help deal with the huge volumes, complexity, and creation speed of data.

The D£ project coordinating organisation EUROGEO strongly supports the principles of open data. In 2019 the association became a signatory of the Open Data Charter. Find out more

The coordinator of the D3 project, Karl Donert, subsequently presented the significance of open data education issues to the international gathering of Open Data Charter signatories. 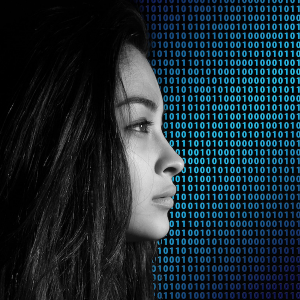 The D3 project has created a set of Lesson Blueprints for teachers to examine and use as part of their work with students on data literacy..

The Lesson Blueprints provide ideas for teachers to identify, access and implement open data in the classes and to engage their students in the real world of data. The Blueprints are very practical, relevant and ‘hands on’ allowing teachers to consider the significant opportunities to explore the data we come across and use in everyday life.

The Lesson Blueprints are classified using binary code as this is how digital data is represented. They start from 0001 Who am I? and continue through to 1111: What does the future hold for us?

The topics relate to everyday actions and activities where digital date is important and how the data and its collection affects citizens, their rights and responsibilities.

Europe has developed a strategy for data which focuses on putting people first in developing technology, and defending and promoting European values and rights in the digital world. 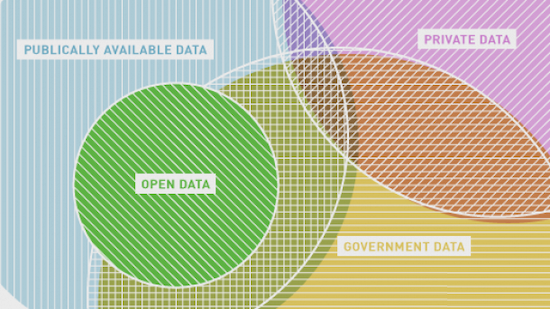 Data is described by the EC as an essential resource for economic growth, competitiveness, innovation, job creation and societal progress. According to the European Commission, “the European strategy for data aims at creating a single market for data that will ensure Europe’s global competitiveness and data sovereignty. Common European data spaces will ensure that more data becomes available for use in the economy and society, while keeping the companies and individuals who generate the data in control.”

Data driven applications are fundamental to improve living conditions for citizens and help businesses thrive. They can:

Hence education efforts that increase digital data literacy like that  undertaken by the D3 project need to be promoted as part of the EC data strategy as citizens need to be empowered to stay in control of their data, and establish common, open European data spaces.

A European strategy for data has been proposed that intends to deal with issues such as data governance, access and reuse. It will seek to make data more widely available by opening up high-value publicly held datasets across the EU and allowing their reuse for free. Of major importance but lacking however are education initiatives to support these developments.

The Digital Economy and Society Index (DESI) has been developed as an index that summarises relevant indicators on Europe’s digital performance and tracks the evolution of EU Member States. 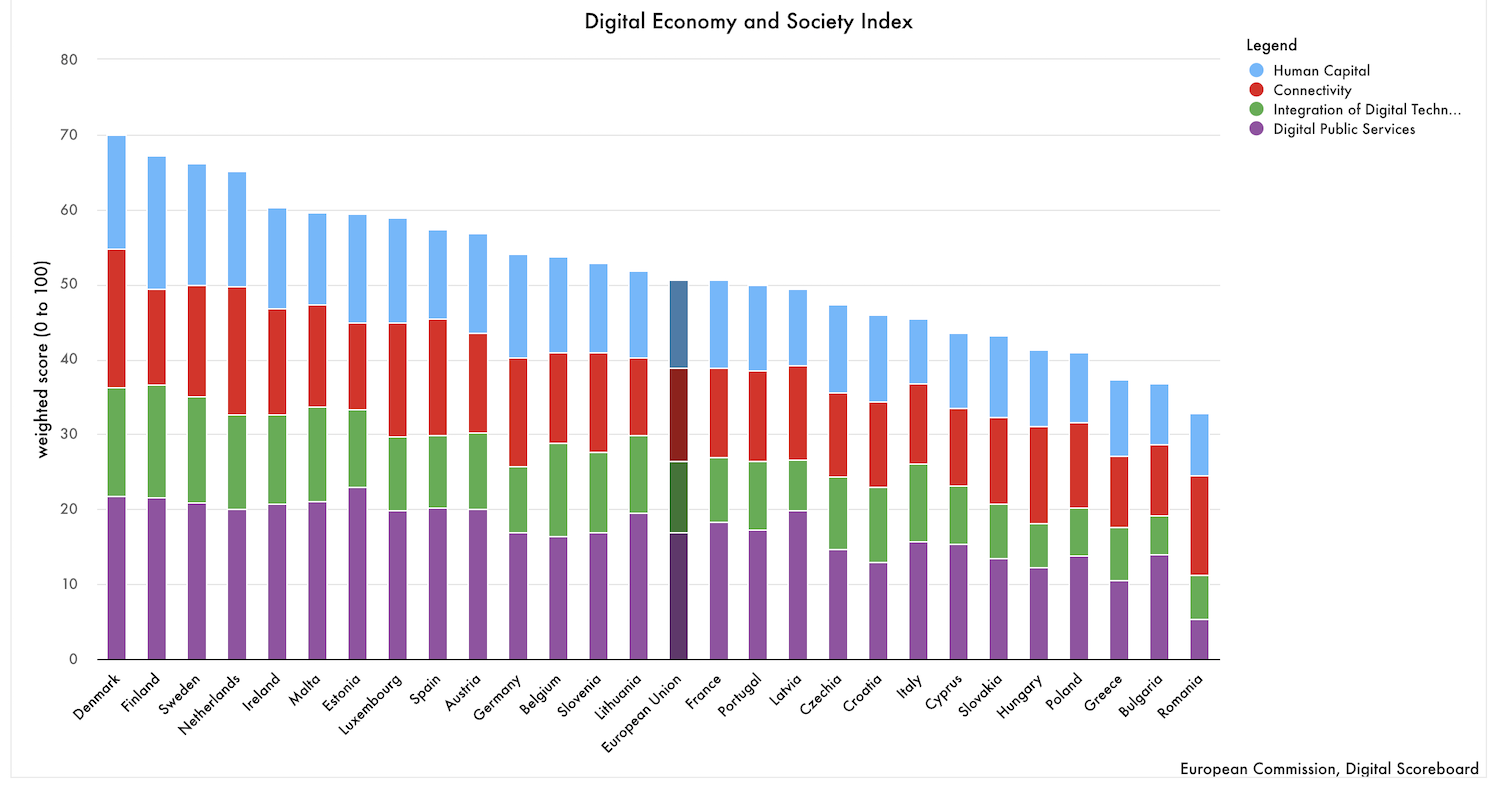 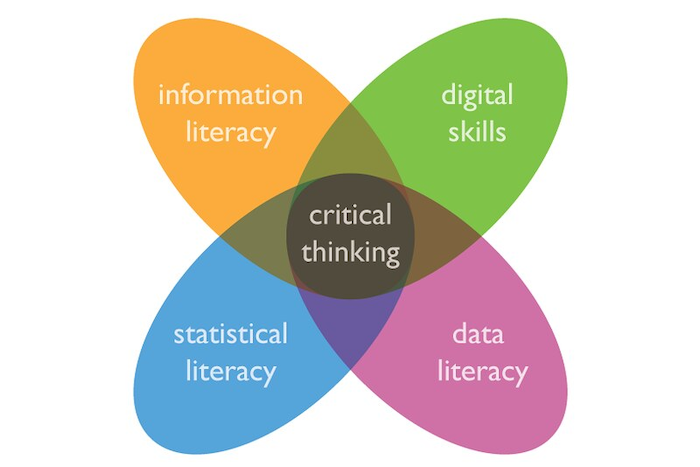 Partners in the D3 project have created a professional teacher development course focusing on competences related to digital technologies and data literacy.

Based on the framework of the research undertaken (a a review of open data, school curricula opportunities, qualifications and digital skills) at the start of the project and on DigComp (key competences for citizens) and DigCompedu (key digital competences for educators) as defined in Europe by the European Commission, a training course focusing on digital data literacy and its connection to critical thinking and democratic engagement has been created for use in initial and continuing teacher education and training.

The course deals with digital skills, open data as well as digital citizenship in empowering young people to engage in critical discussions and debates about issues that concern them. 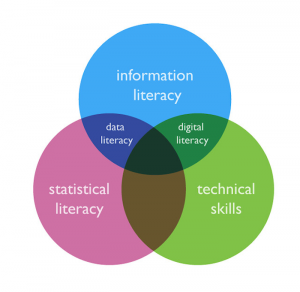 In earlier work the YouthMetre open data tool based on EU open data on youth ;policies generated by the YouthMetre project has been used as the basis for the D3 development, applying it in school contexts in European curricula.

Five modules have been created:

The training course has been produced as an open, online resource.

SMaRT-EU short course on disinformation available for all 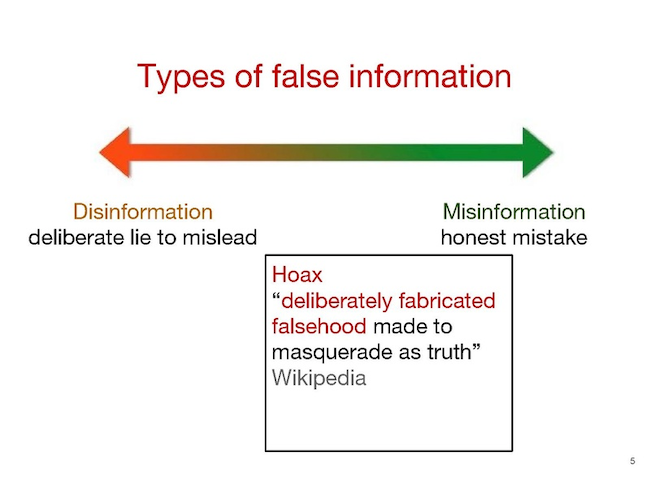 A short blended learning course has been produced on misinformation, fake news, algorithms, pedagogic attitudes, etc. The course is freely available to all and for participants to take the course at their own pace. Participants can follow only part of the course or all of it– choosing the topics that are most valuable for them. The course also offers the possibility to quickly get access to some theoretical concepts and/or to dive deeper providing extra exercises and tools.

The course content relies on many of the outputs and lessons learned from the SMaRT-EU project, as well as the experience and knowledge of partner organisations; for example from the workshops and focus groups conducted with educators, youngsters and elderly people.

The course has 5 modules:

A number of tools and initiatives seek to analyse and present the development of open data across the world.

The Open Data Watch is an independent authority that seeks to ensure national statistical systems meet their obligations to provide open and complete development data.

It provides annual assessments of the coverage and openness of official statistics in countries around the world via an approach that is transparent, reproducible, and consistent with international standards. It was first launched in 2015 with engagement with national statistical offices.

The Open Data Monitor gives an overview of available open data resources around the world, allowing an analysis and visualisation of existing data catalogues. Innovative technologies are used to present the results.

The Monitor collects metadata from open datasets from a diverse range of open data sources. Scalable analytical and visualisation methods allow you to find out about the composition of regional, national or pan-European open data repositories. Analysing and visualising the metadata reveals hidden potential and essential insights from existing resources and identify gaps where additional open data are needed.

In the OpenDataMonitor project we will adopt CKAN as the underlying software architecture within which all our software contributions will be integrated as plug-ins. This will help make sure the platform is available to a wide population.

The D3 Project was disseminated at the EUROGEO 2021 Conference on April 23rd 2021.  Due to the Covid pandemic the conference was held online, hosted by UNEC, Madrid, the Spanish Open University.

The conference theme Sustainable Development Goals for all, where the SDGs seek to promote a multidimensional model of development capable of guaranteeing sustainability. This involves a complex process of political and economic discussion and environmental concern with different views, which must be addressed from all areas of society.

Geo-projects and Innovation in Education